Currently: Midway Campground at Big Cypress Preserve  71F at six AM and no internet 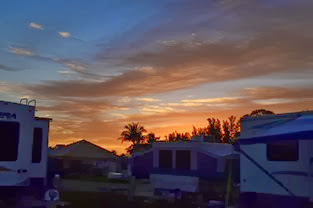 The sunrise at our KOA campground was incredible, so I was definitely frustrated that I could find no open sky to actually photograph it!  Giant motorhomes were everywhere and even walking to the end of the campground yielded nothing.

I had been in contact with Carol and John, of “Our Trip Around the Sun”, since last summer when I first knew when we would be near Sanibel Island.  They are NWR volunteers who suffered through a summer season at the J.N. Ding Darling NWR and as a result were considered and selected for the primo winter positions.  John does heavy maintenance and Carol is responsible for several administrative duties, in addition to giving talks about the alligators and crocodile in the park. 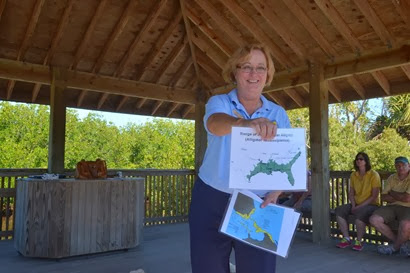 We knew Carol’s talk was at 11AM so planned our morning route with enough time to arrive at the park an hour early so that we could see the beautiful Visitor Center before meeting Carol.  Oops.  We knew there would be traffic, but didn’t plan for the congestion to be as bad as it was.  Even with our 8:30 AM departure, it was just a bit after 11 when we walked up to the kiosk where Carol was beginning her talk.

Still makes me smile to remember how warmly Carol greeted us, she seemed genuinely delighted to have us there.  Her talk was wonderful, and I learned more about the Florida alligators and the salt water loving croc that lives at Ding Darling.  Carol is deservedly proud to be working at this primo refuge and does a great job sharing her knowledge about it.

Having a park volunteer offer to do a tour is a genuine treat.  Carol was laughing because she knew I wanted to see spoonbills and she was all worried that she wouldn’t manage it until she saw the spoonbills on my blog that Judy found for me.  Phew…no more pressure! 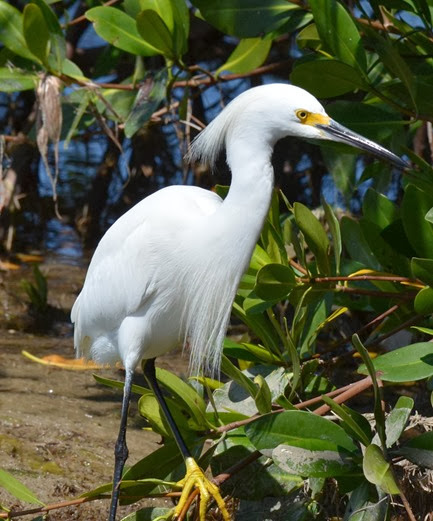 We didn’t see spoonbills, but Carol took us around the wildlife drive, knowing the right places to stop to see the birds.  Carol is a “real” birder, and when I only watched a bird for a few minutes and gave up on getting the proper pose she laughed and said, “Well, you aren’t a “real” birder yet, but you are close”.  Ha! 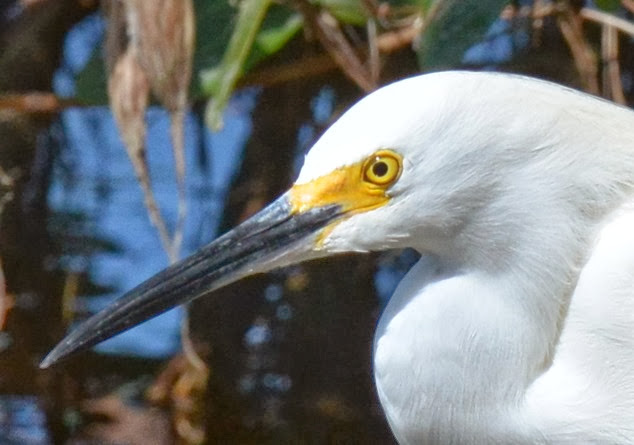 We laughed and talked and walked and shared bird sightings until the afternoon got a bit too warm and the birds all went under cover.  Carol invited us to do the same at her shady patio with drinks and snacks while we waited for John to get off work.  Before long, John joined us on the patio and we all decided that a trip to the beach was in order. 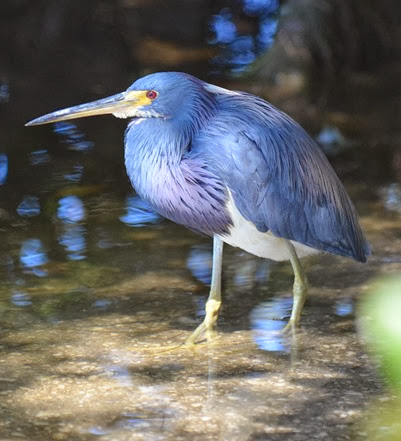 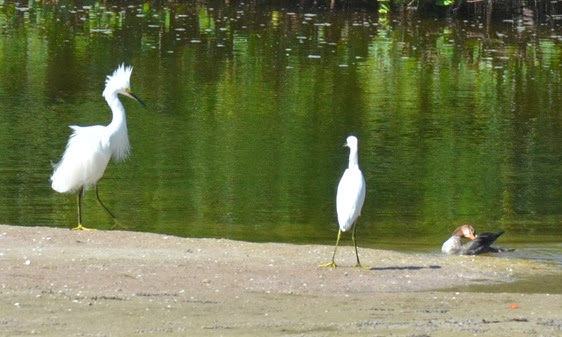 There are several beaches on Sanibel and they picked the one they thought would have the best parking and the least crowding. The beach was lovely, with soft sand and gentle lapping waves, and enough space between chairs and umbrellas that we found a nice place to sit and walk and let Abby swim. 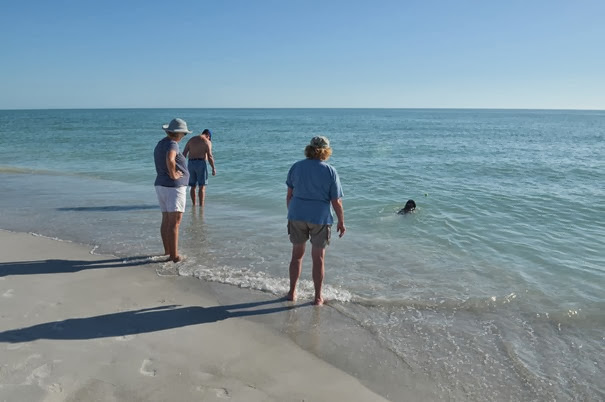 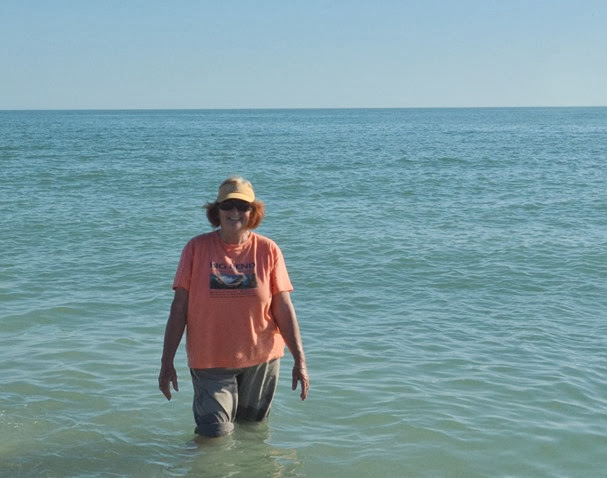 Of course, the highlight of the day was something other than the refuge OR the birds OR the beach.  Insisting that only tourists tried to leave the island before dark, Carol invited us to what she called a “simple” dinner of roast pork loin, (which John cooked to perfection on the grill), roasted potatoes, and fresh salad with ice cream for dessert.  With some tasty wine and delightful conversation we lingered long past dark enjoying their company and hospitality. 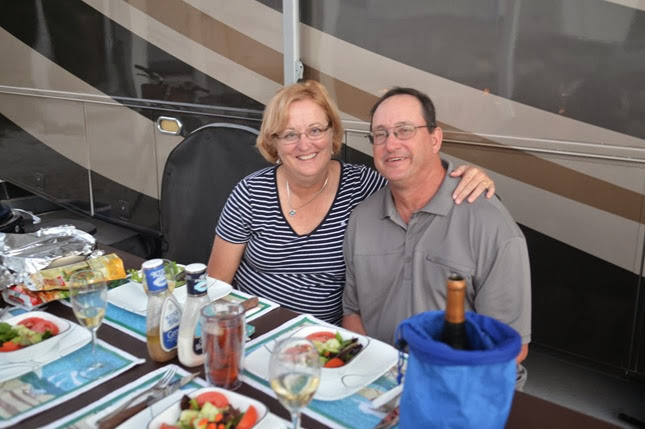