Off to Reno for Sue’s birthday

Transcribed in April 2011 from our old leather travel journal 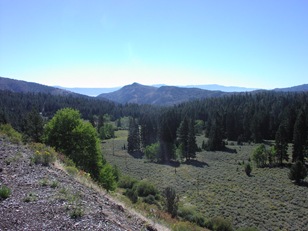 Mo showed up at my house at on Friday at 7am and we took off right away for a great planned long weekend in Nevada.  Drove first south on Highway 39 to Alturas and then took the back road through the Warner Mountains, high, rugged, and truly beautiful.  We just ambled along checking out side roads and campgrounds in the forest land along the route. 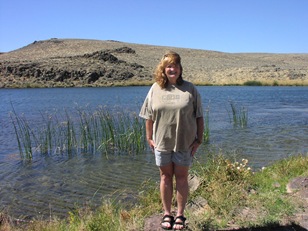 Stopped in Gerlach, Nevada, near the Burning Man site and had lunch at a little cafe.  Found a cool desert lake for Molly  to take a swim and another great tent campground just east of the Warner Wilderness Area.  Would love to go back there and camp someday.

We arrived in Fallon in time to go to the PX there and then back to Reno for the night.  Mo had reservations at the Motel 6 there in Reno because they allow pets, but somehow the reservation was for another town in Nevada.  There was some sort of air show in town and all the hotels were completely booked up, but after a bit of negotiating, Mo found us a place to stay that would let us have Molly.  It was late so we had a simple dinner and settled into our room for a relaxing evening. 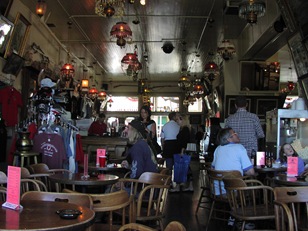 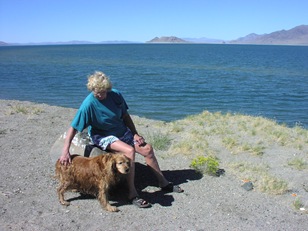 On Saturday we got up early to a magnificent fall day in the desert.  Took the Winding Hill road to Virginia City, stopping to take lots of photos overlooking the valley and climbing around the rocks.  Had some early morning mimosas at the Bucket of Blood saloon and shopped in the little stores in town.  In the afternoon we drove down to Genoa and the valley south of Reno just looking at homes and properties where Mo’s friend Kathy lived. We had a great late lunch at a BBQ restaurant in Carson City before going back to the motel to dress for our evening entertainment in Reno. The show, “The Best of Broadway” was great, with excellent singing and dancing and I enjoyed having a chance to get all dressed up for a change. 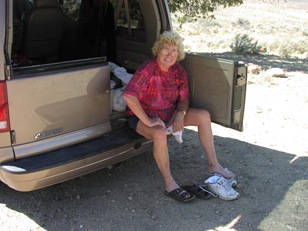 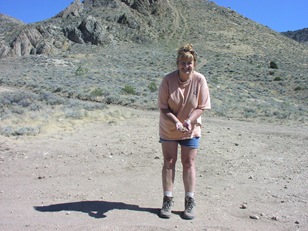 Sunday morning we left Reno and stopped at Boomtown for an inexpensive breakfast and a little slot play.  On the way home via 395 we used our new book, “Nevada Gem Trails” to do some local rock-hounding and found quartz crystals along the highway, and carnelian and jasper on a back road just north of Alturas. By late afternoon we were starving, but nothing was open so we found ourselves settling for some really bad packaged burritos from the gas stations in Merrill around 9pm.  We were pretty tired when we pulled in to my house and Mo left immediately for her home in Rocky Point while I settled in to get ready for work the next day.