The Big Horn Mountains and the Medicine Wheel 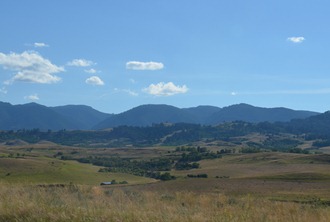 Living near Spokane and Coeur d’Alene for nearly three decades, Interstate 90 was my most often traveled route east, and many times I passed these gorgeous mountains wishing I could see them up close.  I once knew someone who traveled there yearly for hunting, and a very long time ago (in 1971) I traveled across the southern part on the way from Yellowstone to Rapid City.  The memories stayed with me, and as we planned this trip I knew that I wanted the Bighorns to be part of our explorations of this part of Wyoming. 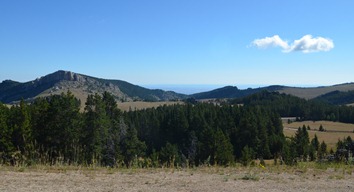 There is something mystical and mythical about this mountain range, considered sacred to the Sioux, the Crow, and the Cheyenne for millennia. The centerpiece is the Cloud Peak Wilderness, with a network of hiking trails to remote areas and alpine lakes.  On this trip, I knew we wouldn’t have a chance to explore the roadless wilderness, but I planned for three nights in Buffalo so that we could at least explore the three scenic byways that traverse the range, US Routes, 14, 14a, and 16. 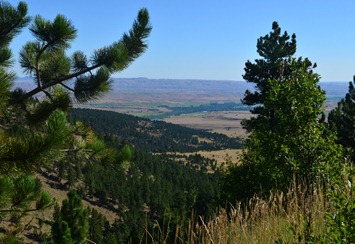 Unlike the Black Hills, created when a pluton of magma pushed up through the earth, the Bighorns were created during the Laramide Orogeny, the same geologic event that built the Rocky Mountains. Thousands of feet of sedimentary rock laid down when the landscape was covered by an inland sea were uplifted to build these gorgeous mountains. 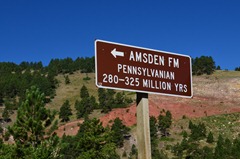 When we embarked on our Saturday morning journey, we were thrilled to see that the skies were completely clear all around us except for a low gray-brown pall far to the east. From our route north on I-90 toward Sheridan, we could see Cloud Peak sparkling in the morning sunlight.  Highway 14 leads west across the northern part of the range from the small town of Dayton, climbing directly up from the foothills at Dayton, and the views were breathtaking.  I discovered one of my favorite parts of Wyoming travel were the clearly marked signs documenting the name and age of each of the geological formations as we crossed them. 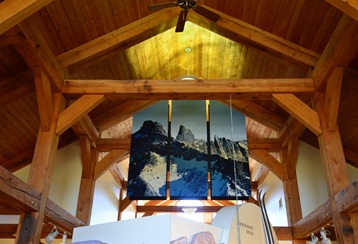 By the time we reached the Bighorn Visitor Center near the junction of 14 and 14a I felt thoroughly educated in the geology of the Bighorns. The visitor center was well done, with my favorite 3D maps of the mountain range, and many educational exhibits telling of the human and natural history of the mountains.  Hanging over all, in the center of the dramatic timber frame building, were photographic panels of Cloud Peak, majestic in her isolation. 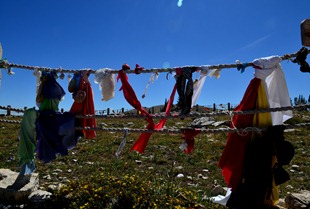 Somehow, in all these years, I had never heard of the Bighorn Medicine Wheel, and yet after talking about it I have discovered that many of my friends have been there.  Having never even heard of it before this day in the mountains though, made it all the more special to me.

We drove the high winding road to the summit before finding the side road to the Medicine Wheel site and the head of the trail to the structure.  There is a road that goes out there, unless you have a documented disability, you must walk the short 1.5 mile trail to the site.  Later we laughed with friends who had been there, since it is one of those trails that seems to be uphill both ways!    Maybe it is because of the elevation, who knows. 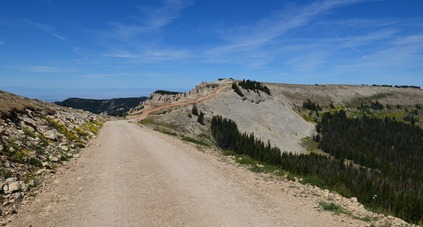 The walk is beautiful, with views in all directions to the plains to the east, the Wyoming desert to the west, and the canyons to the north. The Medicine Wheel is at nearly 10,000 feet near the summit of Medicine Mountain.  It is built from stones gathered from the surrounding area, with a circular rim, 28 spokes extending from the rim to the center, and a series of seven cairns. It was built between 700 and 1200 AD and has been used since then by many local tribes for prayer, fasting and visioning.  To this day, Native Americans come to the wheel to pray and for ceremonies, and the enclosure is hung with prayer flags of all sorts. 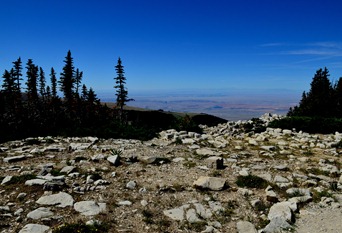 An astronomer studied the wheel in the 70’s and published his discoveries, showing that the cairns were aligned in the direction of the summer solstice sunrise and sunset.  He also found that the rising points of the stars Sirius, Aldebaran, and Rigel are marked by other cairn pairs. More information about this interesting study of the wheel can be found here.

Walking to the Wheel, standing in the high place where so many others have stood, was an experience I won’t soon forget.  I felt much as I did when standing at the Mnidra paleolithic temple on Gozo, and in the Grotto of St Paul on Malta, and in the Hagia Sophia in Turkey.  Sacred places are made sacred for so many reasons, but this one felt as sacred as any I have visited. 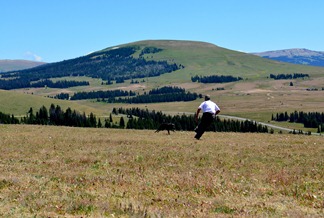 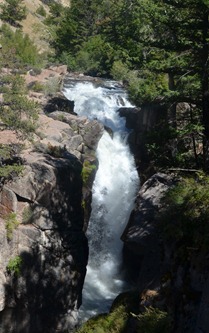 We lunched near the summit back on the highway, and then drove down the steep canyon to the dull brown of the Wyoming badlands before reaching Worland and the eastern route, Highway 14, back up over the mountains. The road climbs up the canyons to Shell Creek Falls, with paved trails and overlooks, lots of interpretive signs, and a visitor center.  Much to our dismay, however, our dogs couldn’t even walk on any of the trails, and we found it hard to find a place where they could relieve themselves.  Again, we appreciated traveling in pairs so that one pair could go see the falls while the other took care of the dogs back at the cars.  By this time in the afternoon, the sun was hot! 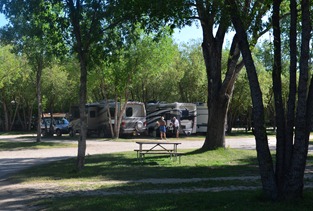 Continuing over the mountain back to our junction near the visitor center gave us views of the rolling summits of the Bighorns, with broad areas of dark conifers accented by green high mountain meadows.  We even saw a bit of the Cloud Peak Wilderness to the south.  By the time we drove back down the steep east face of the range, it was late afternoon. All of us were too tired to even think of stopping in Sheridan, a town that according to everything I have read is a place worthy of its own visit.

Instead we ambled back to our camp in Buffalo, appreciative of the grassy open spaces, the big shady trees, and the comfortable sites that were far enough from the highway that we didn’t have a lot of road noise.  I can highly recommend Deer Park Campground in Buffalo.  Our three nights there were perfect for the time we had to explore the surrounding area.  The Bighorns were on my bucket list, and I finally got to see them.  There are a lot more photos of this great day including the Bighorn Mountains and the Medicine Wheel here. 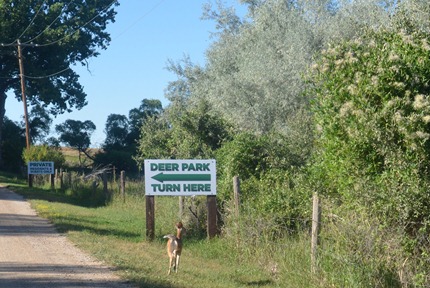