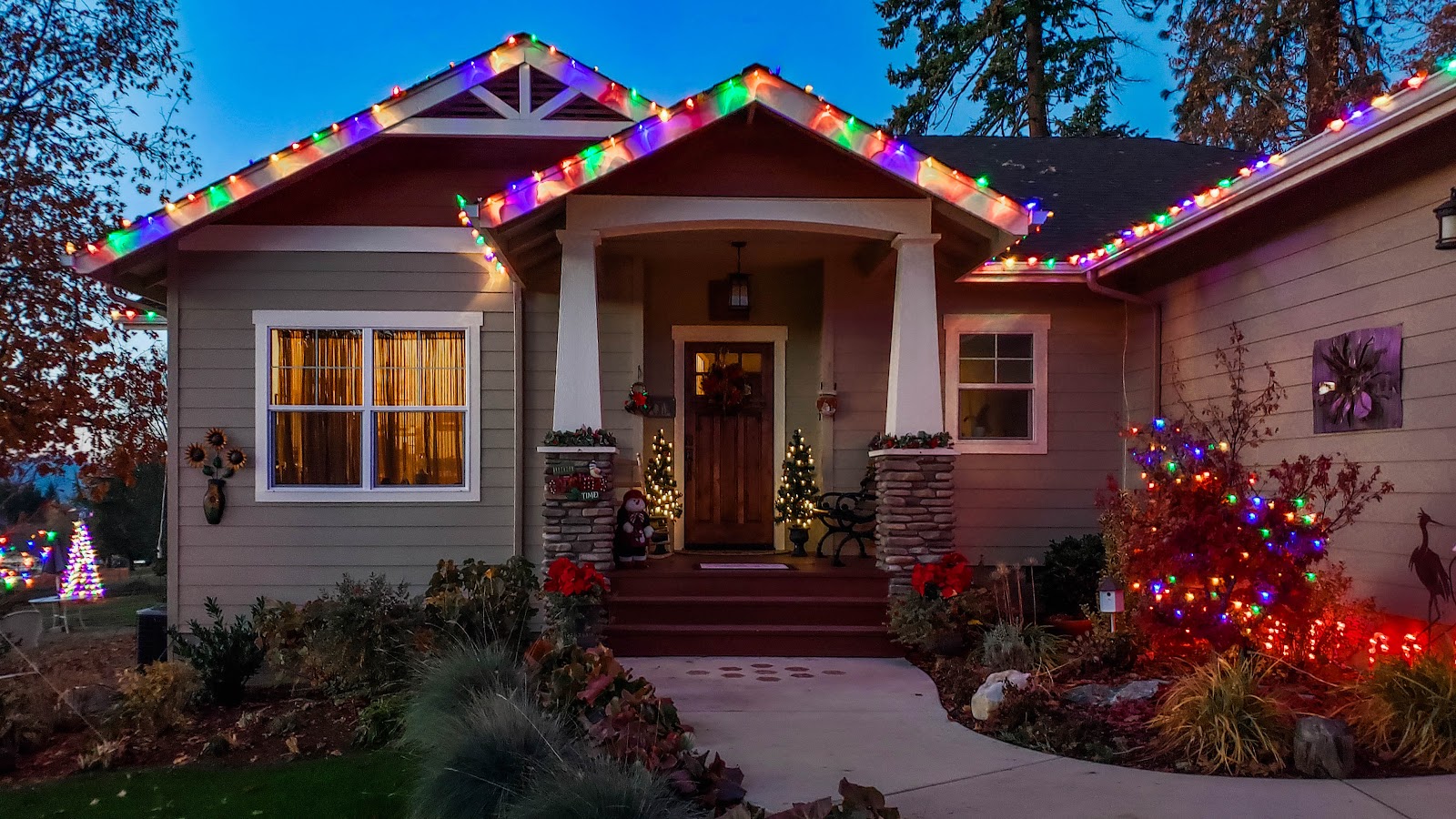 Writing about this last day in New York City is a bit of an afterthought considering how incredible the previous two days were for us.  It was still a good day, with a Broadway Show, a visit to the last iconic feature in New York City that we were to enjoy, and a farewell dinner with the group.

This day for me is a bit of a blur, actually, and it was so even on the day I was in the middle of it.  I knew it was our last day, and as usual, when I am at the end of a trip, my mind is moving forward to the next one in spite of my conscious attempt to stay in the moment.

We had a late morning again, departing the park at 12:30 in order to be at the doors of the Gerald Schoenfeld Theater on West 45th Street between Broadway and 8th Avenue.  So yes, it was ON Broadway only a couple of blocks from actual Broadway Ave.  The theater was beautiful, and the show has been incredibly popular this season in New York City. 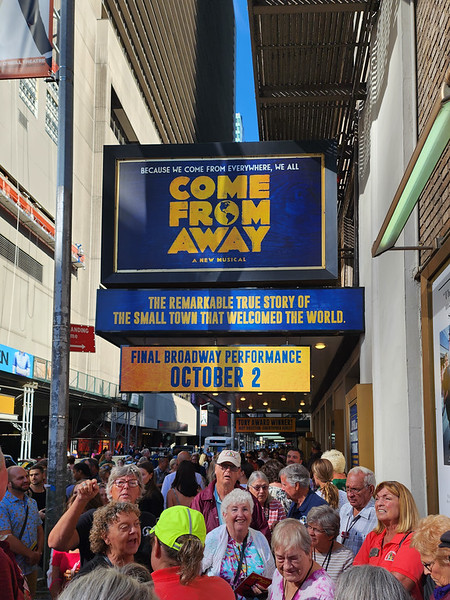 The reviews are stellar, with some reviews as high as 9. One called it a “big bearhug of a musical” and I thought that description fit the show perfectly. Rotten Tomatoes gave it a 98 percent ”Tomatometer”.  Of the many shows playing on Broadway while we were in the City, I think both shows chosen by our leader were great choices.

Especially at this time of year, it would be popular, since the true story began on September 11, 2001, celebrating the kindness of the people of the town of Gander, Newfoundland, a town of about 9,000 people.  This tiny town, with no warning, suddenly found itself providing emergency food and shelter to 7,000 airline passengers stranded there for days when their planes couldn’t land after 9/11. 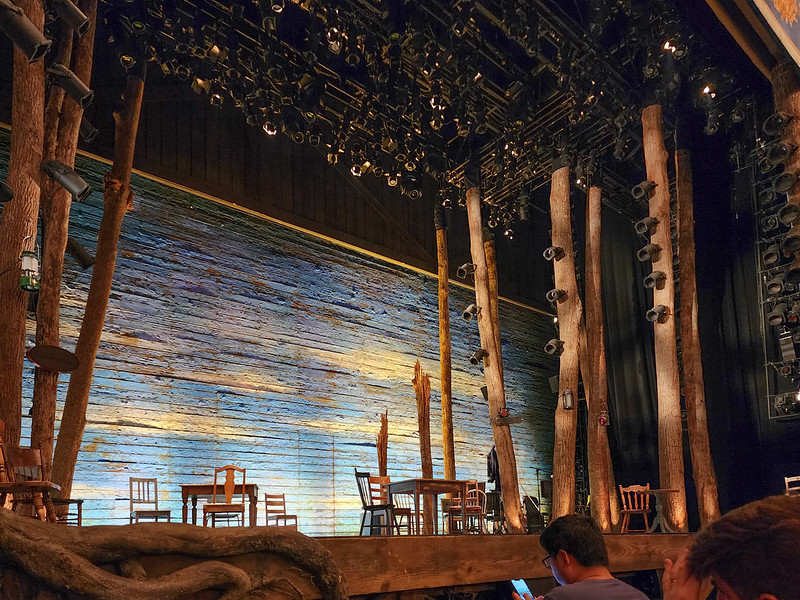 The show is a highly energetic, funny, and rambunctious musical.  The story moved quickly, the music was fun, and the stars were great singers. Mo and I enjoyed it thoroughly, although at the beginning we wondered a bit what we were getting into.  By the end, I was no more dry-eyed than most of the folks in the theater.  It can be a bit of a tear-jerker.

Once again, after the show, we meandered around in the bus through Times Square on our way to the highlight of the day, a visit to the observatory at the top of the Empire State Building. 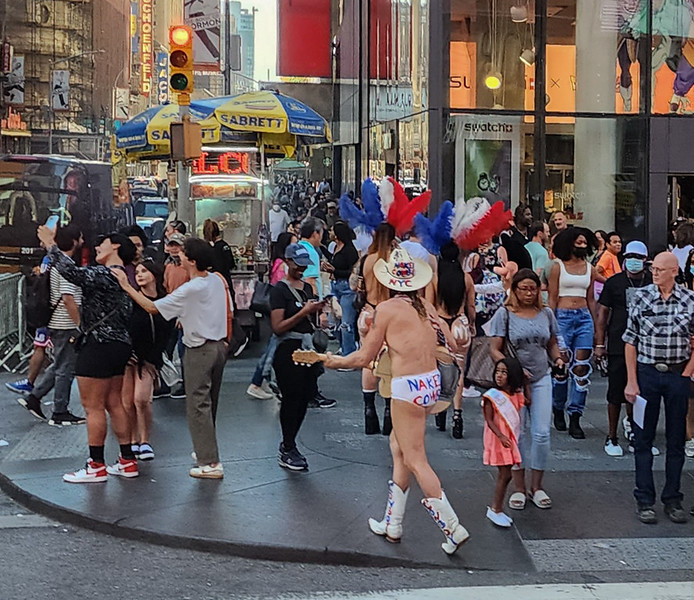 So many times, as we rode through the Square, our various guides would talk about the infamous “Naked Cowboy”.  There are also naked girls adorned with little more than paint, which you can see behind the cowboy.  He really isn’t naked but he still is a bit of a story in the Square.  As someone said, “He can’t sing, he can’t dance, he can’t play the guitar very well, and he isn’t that great looking, but he sure has made a name for himself.”  Can’t believe I managed to get a photo of him.

What can I say about the Empire State Building that hasn’t been said a thousand times by thousands of people?  A surprise actually, was the beauty of the building which opened in the midst of the Great Depression on May 1, 1931, 91 years ago.  King Kong was released in 1933, featuring the iconic building, with hopes that it might increase greater exposure during a time when the country wasn’t inclined to be happy about much, even a spectacular building that at that time was the tallest in the world.

The lower floors of the building are filled with exhibits detailing the long history of how it was built, how King Kong was filmed and the effect it had on the American people.  There were scale models of most of the tallest skyscrapers in the world, and displays explaining the complexities of elevator design that made these buildings possible.

The ride to the top was nearly instantaneous, and I never felt a thing.  Once outside on the top floor, however, we did notice that when trying to focus our cameras for a photo, the image kept moving slightly.  The swaying of the building was only barely noticeable, but most of us felt it.  After all, it is 1,454 feet tall at the tip, and we were on the 86th of 102 floors.

We spent as much time as we were allowed outdoors at the Observatory, walking round and round viewing the city in each direction.  I thought it was especially nice that this last great view of New York was after we had come to know the City even a little bit.  Each of us laughed and pointed at some of the sights we had seen during the previous 9 days.  I found Little Island, and everyone wanted to know where the RV Park was over on the New Jersey side of the Hudson River.

I got out my phone to check google maps for the location of Brooklyn and Long Island, and to try to figure out the route of our dinner cruise two nights previous.  The weather was perfect.  Unlike our visit to the Top of the Rock, we had clear skies and great weather for viewing New York City from her most well-known landmark, even more so than the World Trade Center building which is so much taller.

We descended to the bus for one last trip through the city, ending up at a fairly new restaurant in Times Square.  Our Farewell Dinner with the group was held at the Yard House, a trendy venue with the “best variety of beer, great food, and classic rock music”.  The hosts took us up to the second floor where we were served a great variety of appetizers, with soft drinks included.  We did have to buy our own beer, but there were more than 100 taps to choose from, including a few from Newport Oregon Rogue Brewery.

The sad part of the entire experience is that it was so very crowded and so incredibly loud that sitting through the more than two hours we spent getting our meal was a kind of torture.  Mo had some very interesting tacos, called “Volcano Tacos”, that were delicious in spite of being in a very strange melted cheese-coated tortilla.  Of course, after two hours of appetizers and noise, by the time the food came, we couldn’t eat it and most everyone gave up and took the included dessert in to-go containers.

Sadly, there are a few people in any group who are very loud, very constant talkers, and for us, that got a bit wearing as well.  Especially on this final night when we were tired and pretty much done with our New York City Tour.  I actually surreptitiously plugged my ears for a while just to get a bit of relief.

On the bus ride home, Terry and Owen thank everyone for coming and asked each person what they thought of the trip.  Each person in turn sang high praises for the hosts, the venue, and the rally in general.  I was tired.  I said a few words, but nothing even close to what I actually felt and thought.  I was dang tired and didn’t want to talk anymore!!

It was after 11 when we got back to the park.  Mo and I knew that we had 300 miles to drive the next day to get to our friend’s home on Lake Champlain in Vermont.  There was a lot of talk about a “continental” breakfast and a hook-up goodbye visit with the group, and I told Terry that we would be leaving early and I wanted to say our goodbyes now.  She laughed me off.

The next morning, without a second thought, Mo and I packed up the rig and the dog and our tired bodies and were out of the park by 7 AM.  We did miss the goodbye breakfast, and later when I saw all the photos, I didn’t mind.

Val, from Florida was a lot of fun.  An independent woman traveling alone.

Mo and I were definitely ready to be on our own again.  Being social like this for almost two weeks was the hardest part of the rally. There were a few people we met who we enjoyed, but no one that I can imagine we will keep in touch with in the future.

Our New York Rally with Adventure Caravans was a complete success, a trip of a lifetime, one we will treasure, and something we will never need to repeat.  Vermont, here we come.