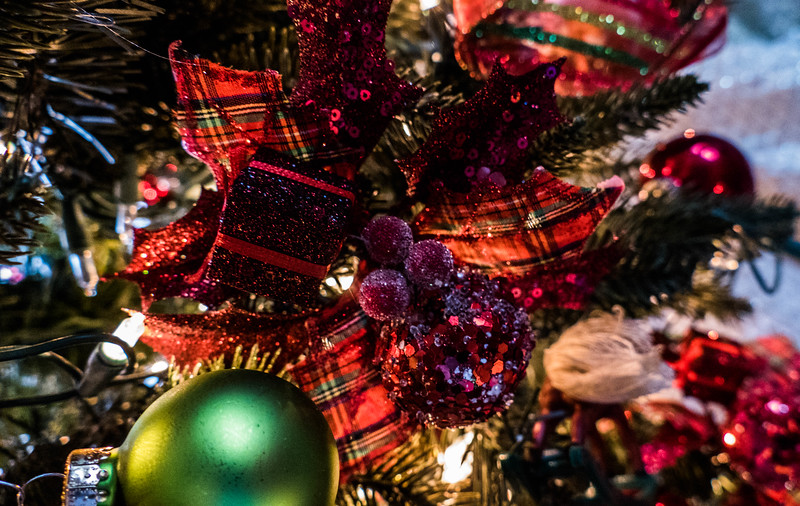 Here is the blurb from the website for the Turquoise Trail between Albuquerque and Santa Fe:

“Venture off the freeway and onto the Turquoise Trail National Scenic Byway, and you'll see what we mean. The Scenic and Historic Area encompasses 15,000 square miles in the heart of central New Mexico, linking Albuquerque and Santa Fe. The drive is approximately 50 miles along Highway 14. Enjoy a breathtaking view from atop Sandia Crest, then drive back into history through the mining towns of Golden, Madrid, and Cerrillos, now coming alive with art, crafts, theater, music, museums and restaurants.”

As you can see from the photos I took, we didn’t see very much of the beautiful Turquoise Trail from the big red tour bus that took us on the route to Santa Fe.  Mo and I decided that when we return to Albuquerque someday we will take our time to explore the beautiful byway and the little mining towns along the way.

Photos like these will remind those of us who dislike tours of exactly why we usually dislike tours!  Still, we had to get to Santa Fe, and this route was definitely more fun than driving north on I-25.  Either way, the views from the bus would have been less than stellar.  Madrid especially seemed like it would be a fun place to visit, but according to our guide it is another cute small town that has strayed from its roots to become another “art” community with lots of galleries and expensive coffee.

One good thing about a tour bus can sometimes be the guides, and in this case we did learn quite a bit about the surrounding landscape from our guide.  She talked most about the area surrounding Albuquerque and some of the problems that limit growth, including the lack of water for the ballooning population, and the lack of actual physical space, since most of the area around the city is Tribal land, with no space to expand.  We listened to some extensive information about the importance of xeriscaping, using what the desert had to offer, and about the high price of living on the west side of the Sandias versus the east side where we were traveling.  It was moderately interesting and helped to pass the time as we approached Santa Fe. 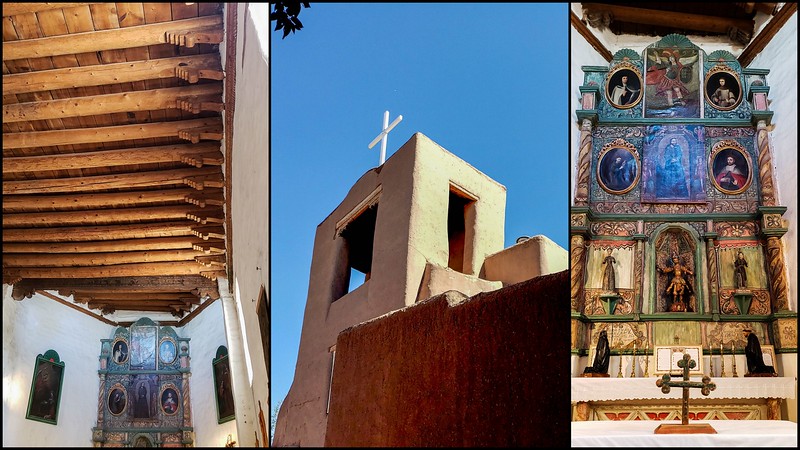 Our first destination in the old city was the beautiful San Miguel Mission. Built between approximately 1610 and 1626, it is considered the oldest known church in the United States. The church was damaged during the Pueblo Revolt of 1680 but was rebuilt in 1710 following the Spanish reconquest of New Mexico and served for a time as a chapel for the Spanish soldiers.

The wooden  altarpiece, which includes a wooden statue of Saint Michael dating back to at least 1709, was added in 1798. Though the church has been repaired and rebuilt numerous times over the years, its original adobe walls are still largely intact despite having been hidden by later additions. The interior was beautiful with rustic beams and an alcove where you could see the original 300 year old adobe walls. 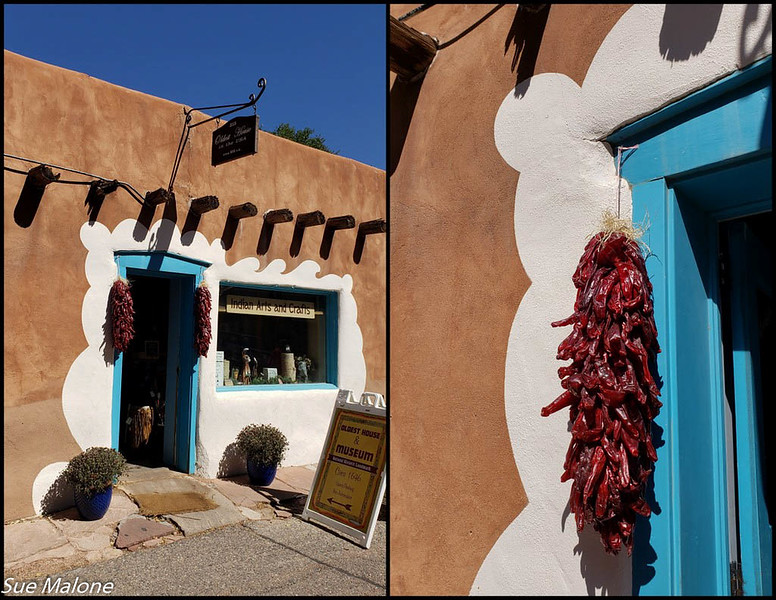 On a small side street next to the mission was what is thought to be the oldest house in New Mexico, and yet internet searches vary as to the actual location of the “oldest house”.  I think what we saw was a store front, and it was so crowded we never made it inside.  I don’t think we missed much. Somehow between the crowded church and the tiny street, Mo and I became separated, and I spent quite of bit of time searching for her.  She just told me she DID get to see inside the oldest house and it was interesting.  Thanks, Mo.

We then meandered just a few blocks to the famous Loretto Chapel.  I had read about the “miraculous” spiral staircase in the past, but didn’t realize that it was right in downtown Santa Fe.  In spite of the claims of its miraculous nature, it really is an amazing bit of woodworking.

Legend has it that the builders must have forgotten to build a staircase to the choir loft, and the Sisters of the Loretto Chapel could find no one who could manage the complexity of building a staircase in the small space.  Legend says that to find a solution to the problem, the Sisters of the Chapel made a novena to St. Joseph, the patron saint of carpenters. On the ninth and final day of prayer, a man appeared at the Chapel with a donkey and a toolbox looking for work. Months later, the elegant circular staircase was completed, and the carpenter disappeared without pay or thanks. After searching for the man (an ad even ran in the local newspaper) and finding no trace of him, some concluded that he was St. Joseph himself, having come in answer to the sisters' prayers. The visit to the chapel was a special time for our new friend Elsie, who is a devout Catholic who attends daily Mass. 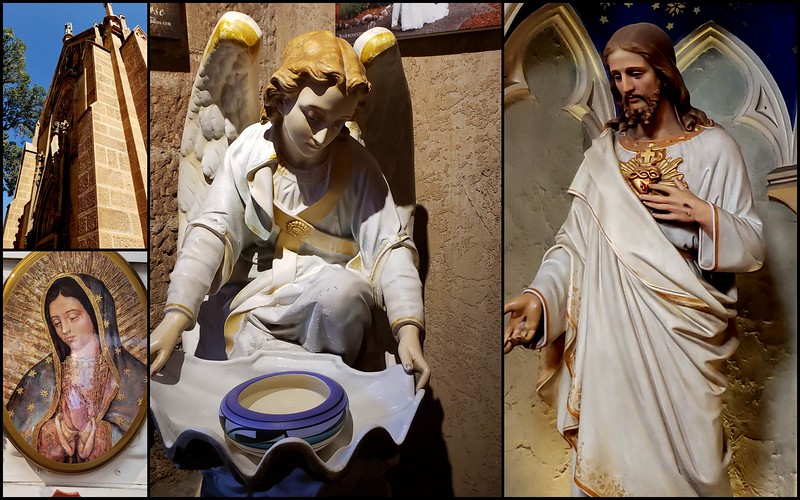 We loved the softness of the sculptures at the Loretto Chapel

Continuing our walk through Santa Fe, we came to the imposing façade of the Cathedral Basilica of Saint Francis of Assisi, and the mother church of the Archdiocese built in the late 1800’s. It was built on the site of an older adobe church, that was built in 1714 and was dismantled except for a small chapel on the north side of the cathedral.

It is a classic Romanesque Revival building with characteristic round arches separated by Corinthian columns and square towers.  The large rose window in the front of the church and the nave windows of the Twelve Apostles were imported from France.  The towers were originally planned to be topped with 160 foot steeples, but due to lack of money, the steeples were never built.  The cathedral was only recently elevated to a basilica in 2005.  Not being Catholic, the differences evade me.

The crowds were a bit daunting, so Mo and I once again decided to skip out on the tour of the church in favor of lunch a bit early at The Shed.  We didn’t have to wait very long for a table, and by the time we finished our lunch there was quite a line of people waiting to get into the popular restaurant.  Again we enjoyed fantastic New Mexican style food, highlighted with wonderful chile sauces to compliment the flavors.

After lunch we wandered the streets a bit before returning to the beautiful cathedral on our own without the thick crowds that were there when our group first arrived.  The cathedral was impressive, although not as delightfully charming as the Loretto Chapel.

The stained glass windows were gorgeous and the statuary was imposing, but again didn’t have the soft color and lines of the statuary at the smaller chapel.

One of the most fascinating pieces in the cathedral was the La Conquistadora, a small wooden statue of  the Virgin Mary. She was the first Madonna brought to what is now the United States.

It is thought that the statue was carved sometime during the Renaissance. The statuette is carved out of wood and is just 3 feet tall.  It would have been easy to miss. Our friend Elsie never did see it.  It is interesting to read about the statue, and to see the huge collection of clothing that she wears for different occasions. A so-called secret society, La Cofradía de La Conquistadora, maintains, protects, and preserves the icon and her belongings.

With our time in Santa Fe coming to an end, we wandered back to the famous Plaza at the Governor’s Palace where native artisans spread their wares for sale along the covered walkway.  We saw some lovely jewelry but neither of us was in a buying mood so managed to enjoy looking without bringing out the wallets.

Members of our group were beginning to gather near the meeting place in the square but there was still 20 minutes or so to fill.  I saw our guide and asked her, “If you had just 15 minutes to see a gallery, where would you go?”  She gushed about her favorite artist and pointed us down the street to the Manitou Gallery, and said she and the group would catch up with us on the way to the bus.

It was a beautiful gallery and I loved the sculptures and wandered one of the rooms exploring our guide’s favorite artist, a name I have already forgotten.  Wandering into an adjacent room, I was thrilled to find a huge space filled with art by Dale Terbush, who had only recently opened a show there at the Manitou Gallery.  I have a print of a Terbush painting that I bought at a gallery in Laguna in 1993. The painting could be a canyon anywhere in Southern Utah filled with light and shadow, clouds and lightning, red rock, a wild river, and a wild sky.  It hangs in a place of honor at the entrance to our home.  What a thrill to see prints, lithos, and some original paintings by this unique artist, including one that was more than 10 feet tall . 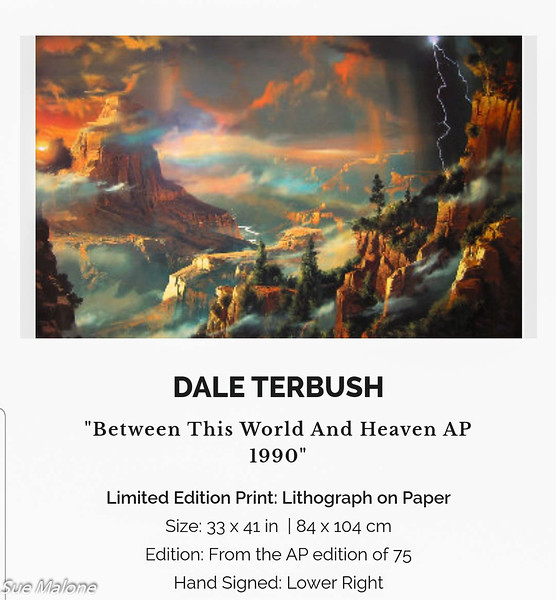 His style is a mixture of real landscapes and fantasy and is often wild with color. I wouldn’t want a houseful of his art, but I do treasure my canyon painting. I enjoyed visiting with the gallery owner who gushed on about what an amazing guy Dale Terbush was, saying that he painted from his heart, not using photographs or images but just from his imagination. 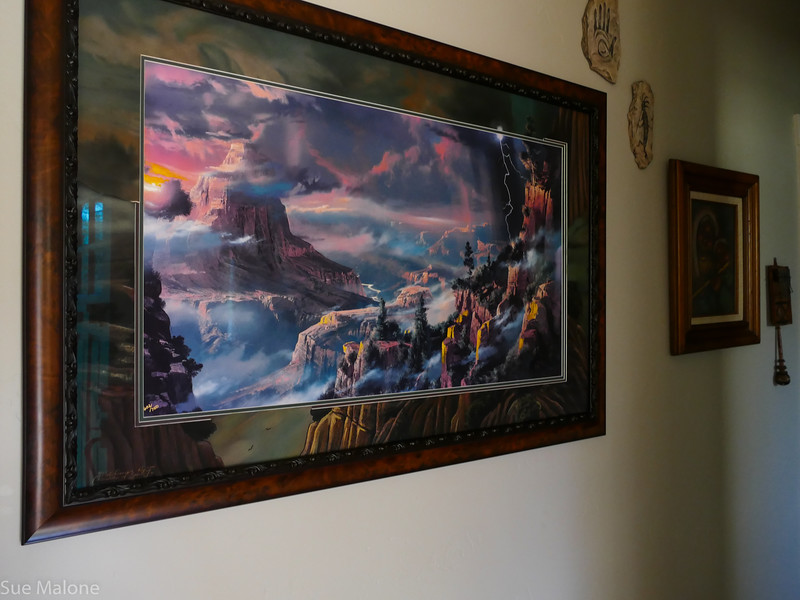 We only had about 2 hours in Santa Fe, and that is almost a crime, since the city is so full of great history, great art, and great restaurants. We never saw any part of the famous Canyon Road, with more than 100 galleries along the narrow street, and colorful adobe homes with doors that could tempt a photographer for years.  We had no time to visit the Governors Palace or the Georgia O’Keefe Museum or the Museum of International Folk Art.  Santa Fe is truly an art paradise that needs more than an afternoon to experience.  Even so, I was content when we got back on the bus.

Churches, Chapels, Art, New Mexican Food, and a Dale Terbush bonanza.  It was a lovely day.