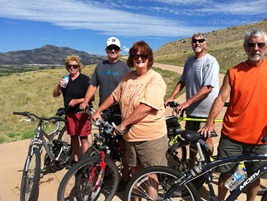 Usually, when rv-ing somewhere, I have maps and photos to help me keep track of where I have been and where I am going.   I write leisurely stories with pretty pictures that remind me of our tours and travels and have fun doing it.  At the moment, at the Sunset Motel and RV Park in Alliance, Nebraska, the last four days are just one big happy blur. 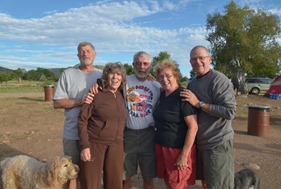 We were camping in one spot, driving nowhere in the MoHo, and five rigs and several tents filled up the group site at Bear Lake Regional Park near Morrison, Colorado, within site of just the tips of the red rocks of Red Rocks Amphitheater.  I took literally hundreds of photos, mostly of family, and many duplicates of group shots trying to get all those faces turned toward me and everyone’s eyes actually open.  I have managed to keep up with photo processing, but I have a feeling that the Verizon signal in this remote little Nebraska town isn’t exactly photo friendly.

I did think it might be nice to throw in an update for friends checking in, so here it is, sans photos.  We are fine.  We had breakfasts, and dinners out, and bike rides and some kayaking, and walking and laughing but no campfires.  In spite of that, we managed S’mores over the bbq grill for some city kids who experienced them for the first time.

Today as we left Colorado, I stopped in Sterling to see my grandson, married there just last September.  Our big group has dropped to just two rigs, with Roger and Nancy parked beside us and ready for our travels to South Dakota tomorrow.  I’ll try for some photos, but in case it doesn’t work, at least you know we are no longer out of touch. There will always be time later to catch up and write about  everything in more detail 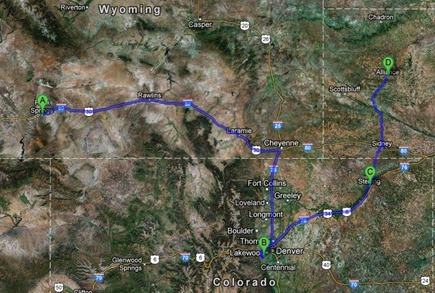