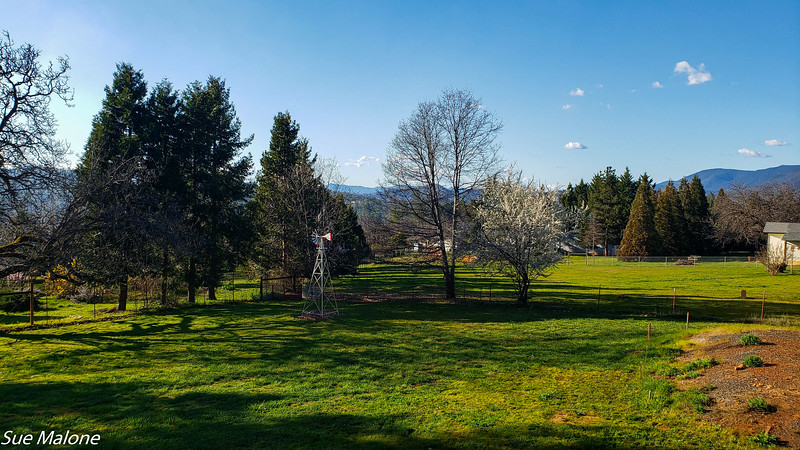 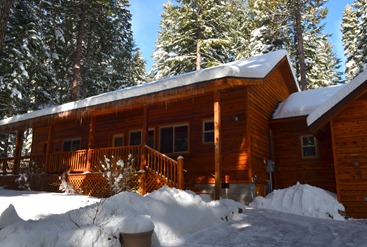 Just what do you do if you live in snow country, are not a full timer, and are not especially into the half time snow birding thing either?  It is a quandary, one that we have worked with repeatedly in the last few years since we started traveling in the MoHo. There have been several solutions.  For the years prior to my retirement, when I worked in California from 2006 to 2010, we paid the monthly fee to store the MoHo in the gated yard in my mobile home park in the Sierra Foothills.  At least we didn’t have to winterize, and the occasional frosts weren’t too much of a worry.  Mo would drive the 400 miles from Rocky Point to Sonora and we would take off for lakes and deserts both near and far.  I love looking back at our photos of those short little camping trips. 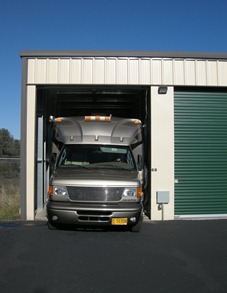 When I retired and moved back to Rocky Point, things got a bit more difficult.  What to do?  If we left the MoHo right here in her big shed we still would have to winterize against the single digit temperatures, plow some pretty deep snow to get out, and then chain up to exit the valley over whichever pass we chose to travel.  In 2011 we decided to rent an RV storage in Redding, California, just a quick 3 hour drive over the mountain, and even when we left here in a blizzard and icy roads, Redding was usually sunny and open. Some of you long time readers may remember the sad result of THAT choice. $179 per month for top notch security didn’t stop the vandals from breaking into our storage bay and ransacking the MoHo. 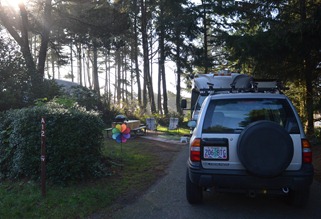 Next plan: Winter of 2012 we decided instead to rent another enclosed $180. per month space over on the Oregon Coast.  It was a nice plan, with only 4 hours to get to the MoHo, but still it felt too far away sometimes, and we did get a bit tired of having to drive north or south on winding Highway 101 to get just about anywhere. Jeremy is a good enough traveler we didn’t even have to put a cat box in the Tracker for the trips from home to coast, but still it got pretty tight in that little car with dog, cat, food, washed laundry, firewood, and whatever else we couldn’t keep in the MoHo all the time.

Another plan: Leave in October, head east and then south to Florida and come back in April when the passes open up and the roads are clear.  That is a plan that could still happen one of these years, maybe even next year. But then, what to do about Christmas with the family, which I love, or winter in Rocky Point, which we both actually love as well.  Just not all the time. 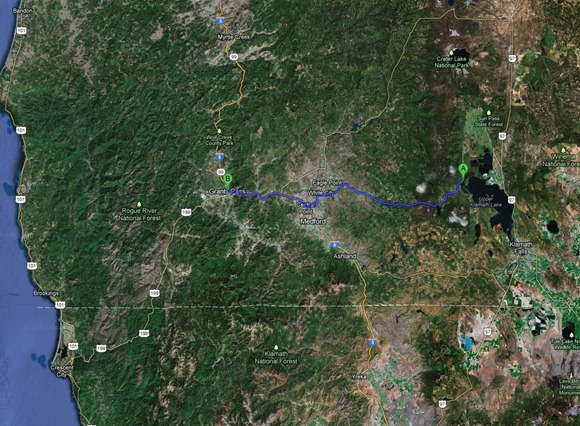 New plan:  Buy a place somewhere over the mountain and store the MoHo there.  Easy access to Interstate 5, which my trucker daughter reminds me also gets snowed in now and then, but still not that often.  We have spent the last several months making an untold number of trips to Grants Pass trying to find the perfect place.  Grants Pass is in Josephine County, and is blessed with a nice winter climate (zone 7 which is almost a perfect match for the Sierra Foothills), and the lowest property tax rates in the state of Oregon. Grants Pass is also just about half way between here and our favorite coastal town of Brookings which is a plus.  We even looked for property in Brookings for awhile but decided that maybe living with the salty damp air could get old. 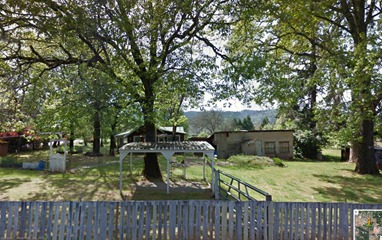 In March we found a perfect little place on a terrace in Grants Pass, with an old house on a lot just less than an acre. Newbies that we were back then, we thought of course there would be something better, but after many months and many visits to many strange properties, the little house on the little lot with the great big old oak trees won out, and at a better price than the first time we looked at it.

The reason this got to be so difficult had to do with land use laws and building regulations.  We couldn’t buy an empty lot and build an RV shed without actually building a living dwelling with the associated permits.  If you buy a big enough lot with an existing house you can build an RV shed.  Of course, a lot with a house usually costs more than is reasonable to pay for simply an RV storage, right?  So we specifically wanted an OLD house, preferably not completely falling down, but at least old enough to be cheap. 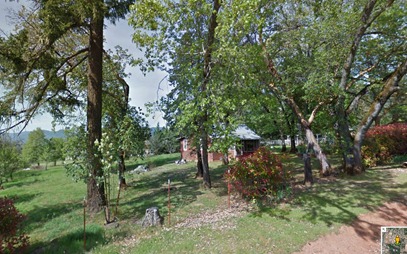 Bingo!  The nearly level lot is perfect, the RV shed is in the works, the deal is closed and finished, and all that is left is the WORK!  Oh My.  The old house built in 1926 is basically just an extra, a space that makes the RV shed possible, but it still has some nice qualities, especially the light.  It also has some interesting qualities, like a very old septic tank, a well with only a little over 2 gpm and some salt problems, and a lot of strange old broken down sheds, including something that looks like a chicken coop or maybe a rabbit hutch.  For some reason, the previous owner thought that salvaged carpet made a great outdoor ground cover, and our first job was picking up the dirt encrusted, critter infested pieces of carpet for the first of what I am sure will be many dump loads.

But!  The Big Problem is solved.  No more exorbitant rental fees putting money into someone else’s pocket to store the MoHo.  No worries about winterizing and when we want to get out of the snow in Rocky Point we will just head over the mountain the way we always have.  Except of course, we can stay a day or a week or a month if we want to, sleeping in the MoHo, or in the funky little house, and enjoying all the delights of living on a terrace with a view above town and a short 3 mile jaunt to the grocery store.  Somehow the funkiness of the little house is fun, especially when I know I have my beautiful, clean, comfortable Rocky Point home to return to.  I can enjoy the delights of town living without giving up the dark forest nights of the mountains.

I know, I know, most folks would have Rocky Point as their summer place and “live” down in town out of the snow.  We are doing just the opposite and it makes me really happy inside.  For a bit of time we considered eventually selling this place and actually moving down the mountain when we got old (or older I should say).  Now that decision is behind us.  No moving down the hill at all.  Rocky Point is home and we will continue traveling in the MoHo as long as we can manage it, which I certainly hope is at least a dozen more years.